The quarterly review of rates from 1 June 2012 resulted in a small decrease of some of the rates for diesel, to reflect the slight fall in the price of that fuel, but the employer can if it wishes use the old rates for June and only apply the new rates from 1 July. That […]

Are you fed up with HMRC calling you a customer, or don’t you really mind what they call you? If you wish you were referred to as a taxpayer and not a customer, you can sign a petition on the government’s e-petitions site which calls for honesty on this issue. There have to be 100,000 […]

Somewhat surprisingly, HMRC are trying to reduce the number of tax returns they get from individuals. In particular they have published their unofficial list of those for whom they will normally ask for a tax return, so that if you are not on that list for any particular tax year you can relax and not […]

In the May edition of Tax E-News we gave some preliminary ideas for taking advantage of the reduction in the top tax rate from 50% to 45% as from 6 April next year. We will have a look at some other ideas in later editions, but what you should know is the effect it will […]

In many cases we of course fill in the dreaded P11Ds for you, but for those who do it themselves you should take a quick look at what HMRC reckon is a list of common errors which can cause problems. We will be pleased to run through them with you as they have just been […]

In the Budget it was announced that the government proposed to charge standard rated VAT on certain hot food items such as pasties.  After campaigns by interested parties the government has now decided not to proceed with this change. The letter from David Gauke, the Exchequer Secretary, details the government’s revised approach. The letter also […]

Following representation from interested parties the government has announced that it no longer intends to proceed with the proposed capping of some tax reliefs including charitable giving. Plans to cap tax relief on charitable donations have been scrapped by Chancellor George Osborne in a reversal of one of the measures announced in the Budget. The […]

HMRC are reminding employers that the forms P11D, P9D and P11D(b) which detail expenses and benefits provided to employees for the tax year 2011/12 are due for submission to HMRC by 6 July 2012. HMRC are warning employers to ensure the forms meet their quality standards. HMRC are advising:  ‘HMRC will reject P11Ds that don’t […]

The CBI have commented on the Business Secretary, Vince Cable’s plans to introduce simplified settlement agreements, designed to enable employers and employees to agree mutually acceptable terms for ending employment. Neil Carberry, CBI Director for Employment & Skills, said: ‘Today’s announcement will simplify the process of ending an employment relationship in a way which is […]

Be sure to check out the TWP accounting app!

Our app is becoming more and more popular and our clients are telling us how useful it is to them. Don't miss out! 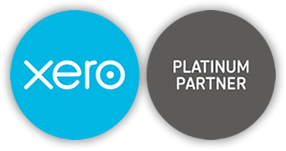 We are a Xero Platinum Partner!

The quality of our advice has seen us accredited with coveted Platinum Partner status by Xero – a leading provider of accounting software.

We are FreeAgent Gold Partner!

The quality of our advice has seen us accredited with Gold Partner status by FreeAgent – a leading provider of accounting software.

You can find out more about which cookies we are using or switch them off in settings.

This website uses cookies so that we can provide you with the best user experience possible. Cookie information is stored in your browser and performs functions such as recognising you when you return to our website and helping our team to understand which sections of the website you find most interesting and useful.

Strictly Necessary Cookie should be enabled at all times so that we can save your preferences for cookie settings.

If you disable this cookie, we will not be able to save your preferences. This means that every time you visit this website you will need to enable or disable cookies again.